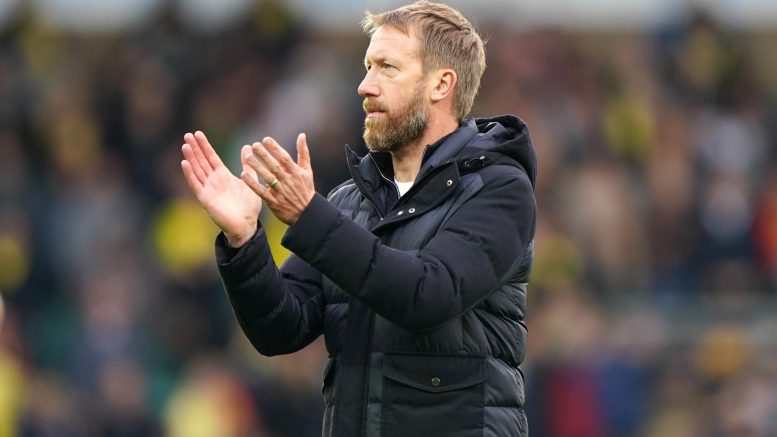 GRAHAM Potter has confirmed that defender Adam Webster has returned to training for the club.

Webster has been missing from the team for the last four Premier League matchday squads due to a hamstring injury.

Since the 26-year-olds injury, Potter has used a defence made up of Lewis Dunk, Dan Burn and Shane Duffy partnering each other in the backline.

Despite Webster’s absence Albion have remained unbeaten and have only conceded on two occasions.

Albion will welcome Manchester City to the Amex Stadium on Saturday, a fixture that they won last season, and Webster could be in contention to make his return to the pitch

In his press conference today, Graham Potter said: “Adam Webster’s been training this week, he’s had a good week.

“There’s an outside chance he’ll be available.”

Webster, even if fit will have to do a lot to get himself back into the team. Dan Burn put in a man of the match performance against Norwich with multiple last-ditch tackles to deny the Canaries and Duffy has been in fine form since his return from his loan spell at Celtic.

One player who will be hoping to get some more minutes on the pitch is right back Tariq Lamptey.

The 21-year-old full-back made his first Premier League appearance for ten months last weekend in the goalless draw against Norwich City when he entered the field as a second-half substitute for Joel Veltman.

Potter said: “Tariq responded really well. He was excited to be on the pitch, he enjoyed it.

“He’s got a lot of work to do, we just need to keep helping him get back to the Tariq Lamptey we all know.”

It was Lamptey’s second appearance this season after he got 45 minutes under his belt against Swansea City in the League Cup last month.

Potter will have to manage the defender’s playing time, as to not cause any reoccurrence to the injury that kept him out for ten months.

The manager will certainly be without Steven Alzate and Danny Welbeck for the match this weekend.

The duo have both undergone surgery on their problems and are still expected to be out for the next few months.