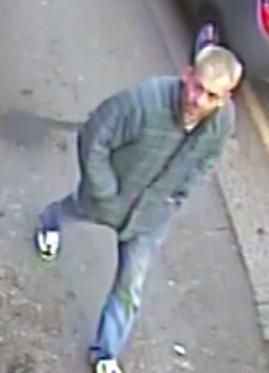 Police have released an image of a man they would like to speak with regarding a burglary from a property in Reigate.

It is believed that the burglary took place early on a Sunday morning between the hours of 6.45am and 7.45am and police would like to speak to the man seen in the CCTV footage.

A number of power tools are reported to have been stolen from the property on Lesbourne Road during the burglary and police are keen to speak to the man in the image after carrying out their investigation into the reported offence.

They believe he may hold information which could assist with the investigation into the incident which occurred on April 12.

Detective constable Paul Overton said “Since the offence occurred we have made a number of enquiries and we now believe the man in this CCTV may be able to assist with our investigation.”

Anyone who may have information is asked to contact Surrey Police on 101 quoting reference number 45150029981. Alternatively information can be passed anonymously to Crimestoppers on 0800 555 111.