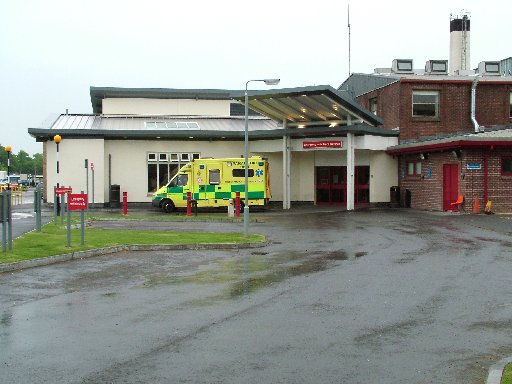 Patients have been left shocked after the window of a hospital ward where elderly people were being treated was smashed by an item fired from a catapult.

Surrey Police is increasing patrols around the area following the incident at East Surrey Hospital in Redhill.

A car which belonged to a relative of a terminally ill patient also had its windscreen smashed.

Detective Constable Vic Hunter said: “This is a deeply concerning incident which has not only left patients, staff and visitors at the hospital shocked but the behaviour of these individuals has sickened the community and those investigating this appalling crime.

“Those responsible have shown absolutely no regard for others, some of which are terminally or seriously ill and we will do all we can to find those responsible.”

No one was injured following the incident which happened between 5pm and 6pm on Wednesday May 13.

Anyone who can help the police with their investigation can give the information they have by contacting police on 101 quoting reference 45150039771.

Alternatively you can give information anonymously to Crimestoppers on 0800 555 111.