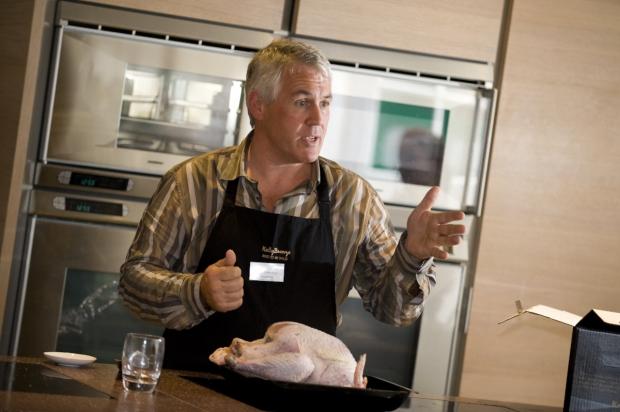 If UK producers are unable to employ enough labour for processing, some consumers will only have the option to buy a French turkey for Christmas, a major supplier has warned.

Paul Kelly, the managing director of KellyBronze, which produces hand-plucked, free-range turkeys, said the sector will be “hit massively” this Christmas because it relies on agencies who bring in labour from the EU that was no longer accessible.

Mr Kelly said: “Sad thing is, 30 years ago about 30 per cent of the UK turkey market was supplied by France.

“Since having access to EU workers the UK turkey industry has built up the farms and infrastructure needed to supply just about 100 per cent of the turkey the supermarkets need – and the supermarkets have been very supportive of quality British turkey production.

“Now, the French factories are rubbing their hands with glee as they can see all that business they used to have returning to them.”

He added: “The larger companies have made the prudent decision to reduce Christmas turkey numbers by at least 20 per cent, as they simply cannot process the turkeys without the seasonal labour to do it.

“Covid has not helped the labour situation – but it is not the primary reason as many EU workers have left UK.

“They do not feel welcome any more and unless they have settled status, which only lasts for five years, the paperwork they need to go through to get here is bureaucratic and the expense is costly.

“The fact is they do not see a future in the UK, so they are concentrating on finding work in the EU where they have a future.

“They would like to work in the UK as it pays well, we have high standards and the language barrier is easier as most speak some English.”

Mr Kelly, whose FarmGate hatchery business supplies many of the 1,000 small seasonal turkey growers throughout the country, said he was equally concerned about their situation.

“These are the farmers who traditionally supply local butchers and farmers’ markets and sell direct from the farm gate.

“They have a potential nightmare on their hands if the regular people who help them every year with plucking and processing turkeys have not got settled status.”

The warning comes after many Nando’s restaurants were forced to close and cuts were made to KFC’s menus, as lorry driver and factory staff shortages attributed Brexit employment rules and the pandemic affected several retailers.

The British Poultry Council (BPC) warned of a significant shortage of workers across the farming and processing industry early last month, with businesses reporting an average vacancy rate of over 16 per cent of their total workforce.

It said the “alarming number of gaps” was continuing to grow due to the effects of Brexit and was “compounded by a Government that continually acts against the best interests of British food producers”.

“They are saying they are currently producing a reduced range of products for UK customers, and are seriously concerned that the supply of staple chicken products will be impacted. This is all down to labour shortages.

“UK food security will be hit with a double whammy of food inflation and being forced to rely on more imported food. This can only lead to a two-tier food system where high-quality British food is out of reach for many struggling consumers.

“When the heads of major food companies, and indeed entire food sectors, stand up and say we are in the worst position they have ever seen then it is beholden on our Government to fix this catastrophic debacle of their making.

“If that means relaxing immigration rules or accepting regulatory alignment with the EU, then these are the steps that must be taken to put British food on the road to recovery.”