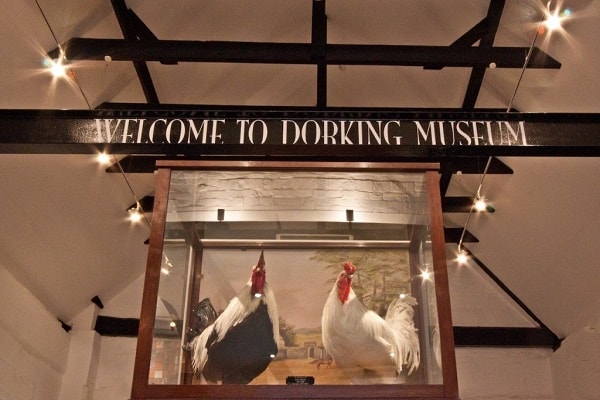 The idea for a Museum in Dorking was first proposed in 1939. The war prevented any progress being made at that time but in June 1945, Captain Evelyn Broadwood of Capel, approached influential local residents seeking support for a museum to serve Dorking and the surrounding villages. A Committee was formed and set about collecting exhibits. The Ashcombe Collection; a large collection of fossils and bones of extinct animals (all found locally), together with a valuable collection of minerals; was donated on the death of Henry Cubitt, 2nd Lord Ashcombe in the late 1940’s. In 1974 a permanent home for the artefacts was needed. A building that had formed part of the Dorking Foundry was found just behind West Street. The new Museum opened in 1976 and attracted 5000 visitors in its first year. Another building was leased in order to hold the enormous Archive collection of photographs and ephemera. The extended museum opened in 1983.