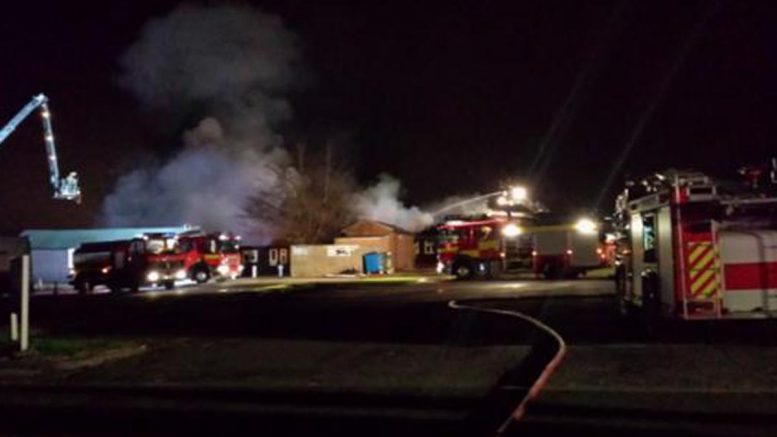 A major fire has broken out at a commercial building at Redhill Aerodrome.

Surrey Fire and Rescue Service said nine fire engines plus support vehicles from West Sussex attended the scene of the blaze which started at 01:50 BST.

Commander Chris Webb said the flames started in the kitchen of a large single-storey complex at the aerodrome.

A fire investigation team is looking into the cause of the blaze, which then spread to several other buildings.

More than 20 companies are based at the aerodrome near the M23.

Plans to build a hard runway in place of the three grass runways was turned down by a planning inspector last year.