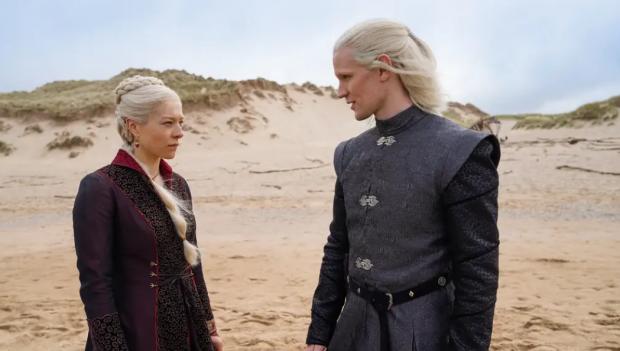 He clarified that the world of Westeros was his “number one priority” right now and would remain so “until the story is told.”

Providing updates on various projects on his website blog he said that being hounded by fans about his latest book was “wearisome”.

He wrote: “I know, for many of you out there, only one of those projects matters. I am sorry for you. They ALL matter to me.

“Yes, of course I am still working on The Winds Of Winter. I have stated that a hundred times in a hundred venues, having to restate it endlessly is just wearisome.

“The world of Westeros, the world of A Song Of Ice And Fire, is my number one priority, and will remain so until the story is told.

“But Westeros has become bigger than The Winds Of Winter, or even A Song Of Ice And Fire.”

News also came of the new Game of Thrones TV spinoff series House Of The Dragon, which has wrapped filming in London.

Of the project, Martin added: “So far, I am very excited. House Of The Dragon has wrapped in London and is now in post-production.

“What I have seen, I have loved. I am eager to see more. I am dying to tell you all about them, but I am not supposed to, so.”