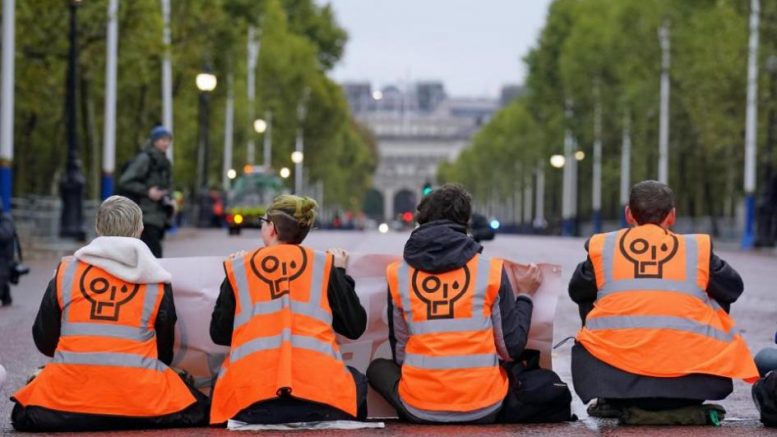 Protestors from Just Stop Oil have managed to block off some parts of the M25 this morning (Monday, November 7), as some climbed onto gantries along the motorway.

A stretch of road between Junctions 6 and 7 in Surrey and the key Junction 25 in Waltham Cross were closed as police dealt with demonstrations.

Activists also targeted other locations along the motorway circling Greater London in a call to end all new oil and gas licenses.

Additionally, Essex Police said arrests were made after reports of people climbing up an overhead gantry close to junction 30 of the M25.

🚧 Supporters of Just Stop Oil have climbed onto overhead gantries on the M25 at multiple locations, halting traffic. They are demanding that the Government halts all new oil and gas consents and licences — anything less is a death sentence.#COP27 pic.twitter.com/Erw91lrDjH

The demonstrations come as the latest Cop27 international climate change talks in Egypt get under way.

The Metropolitan Police has said more than 10,000 officer shifts have been dedicated to policing Just Stop Oil protests since the start of October

Just Stop Oil has vowed to continue its action, saying it will demonstrate “every day” until the group’s demand for no new oil and gas in the UK is met.

In an update on its website, the group said: “This is not a one-day event, expect us every day and anywhere. This is an act of resistance against a criminal government and their genocidal death project.

Officers are on the scene and currently dealing with one protester who has climbed onto the motorway gantry at junction 6 towards 7 of the M25 this morning (7 November). Traffic is still moving at this moment.

The climate change action group has been calling on the Government to abandon plans to licence more than 100 new oil and gas projects by 2025, and to do more to help people with their skyrocketing energy bills.

Police are calling on the public to assist with preventing public disruption from protesters by reporting it to 999.