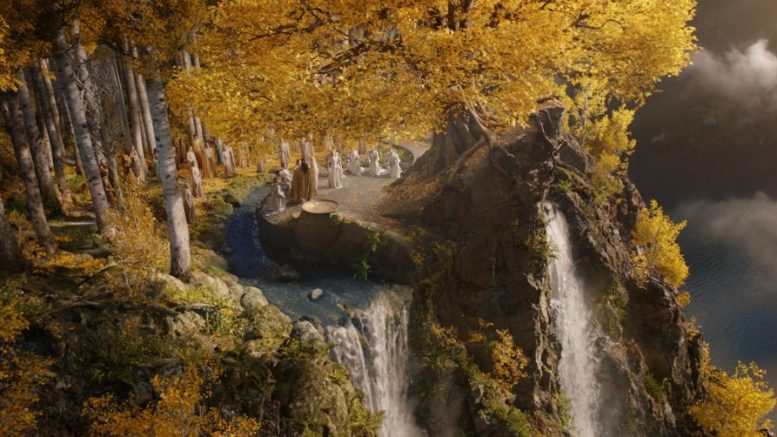 The new show is inspired by JRR Tolkien’s extended notes and is set thousands of years before the events of the world-renowned The Hobbit and The Lord Of The Rings books.

Here’s everything you need to know about the new LOTR series from its release date, cast and final trailer.

And then, tune in weekly! New episodes will be available on Fridays at 12am ET, only on Prime Video. pic.twitter.com/QqSwDVQVPA

When is the Rings Of Power release date on Amazon Prime?

The show will be aired in 240 countries and territories worldwide, with new episodes available weekly.

The first and second episode of Lord Of The Rings: The Rings Of Power is set for release on Amazon Prime on September 2.

New episodes will be made available weekly after that.

The journey to Middle-earth is almost here. Check out the new stills from Lord of the Rings: #TheRingsOfPower, coming to @PrimeVideo Sept. 2. @LOTRonPrime https://t.co/IKYkW7Kkc1 pic.twitter.com/0msufSI6kq

New Lord of The Rings series: Rings of Power cast

The new Lord of The Rings series follows an ensemble of a cast of both familiar and brand new Middle Earth characters.

Morfydd Clark, who you may recognise from Saint Maud and His Dark Materials, will star as royal elf Galadriel, who was played by Cate Blanchett in Peter Jackson’s movies.

Scottish actor and My Name Is Joe star Petter Mullen will play King Duran III and the role of Elrond will be taken on by Robert Aramayo.

Lord of The Rings Series Budget – How much did it cost?

Torn between friendship and duty. Meet Elrond in #TheRingsofPower. pic.twitter.com/xvRCC0sCQG

The budget for the Lord of The Rings series has been a bit of a talking point.

The total cost is expected to surpass a staggering $1 billion, looking set to become the most expensive TV show ever made.

According to Vanity Fair, there are estimates that put the first season alone at an eye-watering $462 million.

It’s not clear exactly how long the show will run yet, although there have been discussions that it could have up to five seasons.

The final trailer opens with an epic battle scene with Galadriel saying: “My brother gave his life hunting the enemy. His task is now mine.”

Galadriel steps onto a boat dressed in armour, holding a sword, she adds: “Stand with me. Ours was no chance meeting.”

Over an ensuing montage of some of the series’ key characters, she continues: “Not fate, nor destiny. Ours was the work of something greater.”

As the trailer continues to show a series of typically dramatic moments, as a voice narrates: “Each of us, every one, must decide who we shall be.”

A snippet is shown of Halbrand, played by Charlie Vickers, behind bars as he says: “I’m not the hero you seek,” before the trailer cuts to Disa telling Durin IV: “One day, this will be your kingdom.”

Galadriel closes the tense trailer by adding: “There is a tempest in me.”

She is then told:“You have fought long enough Galadriel. Put up your sword.”

To which Galadriel replies: “Without it, what am I to be?”

The Lord Of The Rings: The Rings Of Power begins on Amazon Prime on September 2.