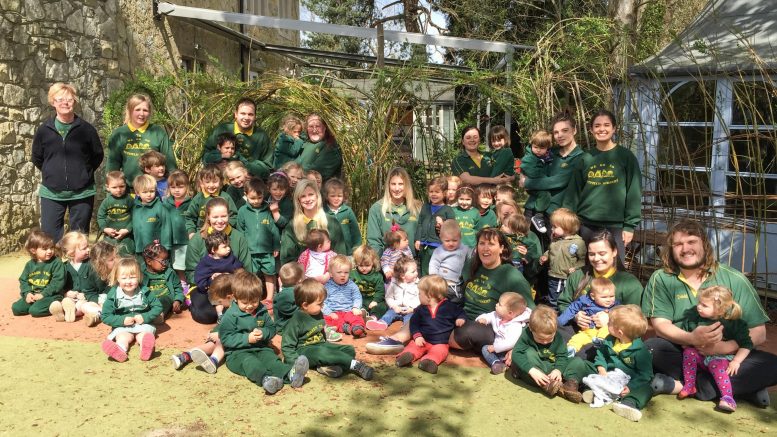 A Redhill nursery has won an award for being one of the top 10 recommended nurseries in the UK.

Nutfield Day Nursery came ninth out of more than 10,000 day nurseries in the UK and second out of 1,791 in the South East of England.

The ranking was based on the nurseries recommendation score. The score was calculated by taking into account the number of recommendations from the children’s families and carers, the average score of the ratings given to the nursery and also the size of the setting.

The award was given to the top ten settings by the leading guide to day nurseries, daynurseries.co.uk.

Deputy manager Marie Nettleingham, said: “We are thrilled and excited to have won the award. We are celebrating with our parents over a week of different evenings in our new round house.”

Davina Ludlow, The director of daynurseries.co.uk said: “We would like to congratulate Nutfield Day Nursery on being ninth in the UK and being the second most recommended nursery in South East England! It is a fantastic achievement to be recognised as a highly recommended nursery by the families and carers of the children that attend the setting.

“All nurseries which receive a score, rating and recommendation are rated on their overall standard. This ranges from learning, equipment to management and value for money. These can all be viewed on the day nurseries website.”

A second Strictly Come Dancing contestant has temporarily dropped out of the BBC show, the day after Robert Webb pulled out for health issues. Redhill And Reigate Life | News …

Holly Willoughby gave us Parisian chic for her fourth look of the week today. Here’s where you can get and how you can recreate the look for less. Redhill And Reigate Life | News …

SUSSEX cricketers have been named in two different teams of the year following their impressive seasons. Redhill And Reigate Life | News …

Radio Redhill presenter Ruth Geraghty has been presented with a Mayor’s Volunteer Award in the Young Volunteer category. Ruth was nominated in recognition of her commitment to the station over a number of years. Ruth a a regular presenter on Your Requests, especially on a Sunday morning and is also currently our Secretary.
The post Ruth Geraghty Wins Mayor’s Award appeared first on Radio Redhill. Radio Redhill …

The airline is one of the most popular in the country and operates out of airports across the UK. Redhill And Reigate Life | News …