We’re delighted to say that Sophie O’Shea picked up the silver award in the Best Newcomer category. Sophie joined the station less than two years ago but has already become a vital member of the team. She is a member of the request team, collecting requests (in non-Covid times) and presenting the show with the team. She has also been involved with a number of events, going out and interviewing people including Alan Titchmarsh, for the Sunday Colour Supplement. 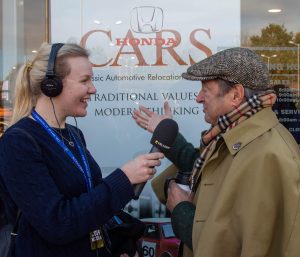 Steaming Through 60 with the Bluebell Railway