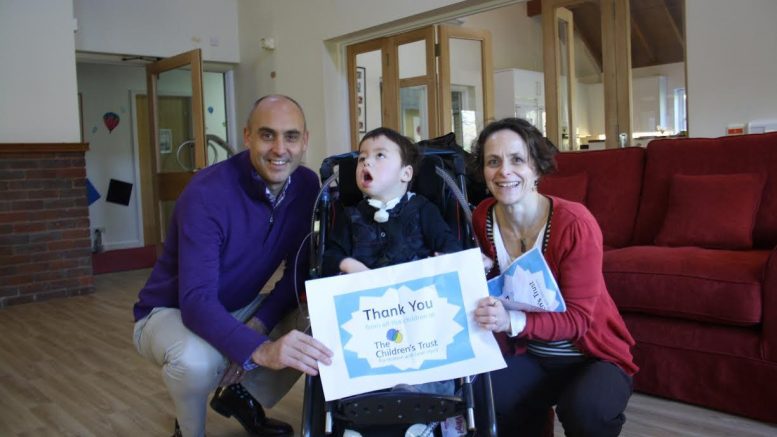 A Redhill software company has been praised for raising thousands of pounds for children with brain injury.

Aquila, a supplier of pension administration software based in London Road, adopted The Children’s Trust with the aim of raising £25,000 by April 2015.

The firm has already managed to accrue a £17,000 sum, to be invested in physiotherapy and occupational therapy equipment which the charity says will be vital to the lives of many children.

Jonathan Wileman, Head of Fundraising at Aquila, said: “We have had great fun raising money for The Children’s Trust, it has really brought us together as a team and it’s fantastic to know that the money we have raised is helping children with brain injury in their recovery.”

One staff member at Aquila is running nine marathons in the space of seven months, raising over £3,000 in the process.

Meanwhile, an auction and raffle held during the festive season raised £1,500 and local businesses including Reigate Dance Studio and the Harlequin Theatre, in Redhill, also chipped in.

Jane Shufflebotham, Fundraising Executive at the Children’s Trust, said she was delighted with Aquila’s efforts.

Mrs Shufflebotham added: “The funds that they raise are vital for us to be able to purchase specialist equipment to enable a child to have as much independence, safety and comfort as possible. The Children’s Trust is very grateful to every member of staff at aquila.”