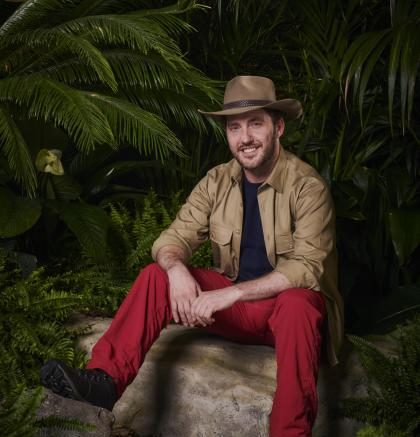 The campmates put their relationship to the test in The Partners in Grime challenge which saw the comedian paired up with fellow latecomer Matt Hancock.

The trial involved the celebs having to answer personal, and even embarrassing, questions about one another.

The remaining 10 contestants were coupled off and were given 30 minutes to learn everything they could about each other in a bid to secure a full set of 10 stars.

During their preparation, the West Suffolk MP opened up about his failed arctic adventures, saying: “I tried to go to the North Pole… failed. I got frostbite in my finger. I’ve still got arthritis there.”

The politician also shared his hobbies and interests outside of serving in Parliament, he explained: “I rode a winner at Newmarket. I trained to be a jockey. Frankie Dettori taught me how to ride.

The pair were asked two questions each as part of the challenge.

READ MORE: Who left the I’m A Celeb jungle tonight? First celebrity voted off by public

Hancock was asked which Disney cartoon character Walsh had a weird crush on.

The MP answered Bambi from the animated children’s movie about a deer.

Shocked by Hancock’s guess, the comedian exclaimed: “What?” and informed him that it was in fact the Little Mermaid.

The MP answered the second question correctly as he remembered that Walsh’s dog was called Mildred Barrett.

A second person commented: “bambi will forever be my fave thing to come out this show.”

Another fan chimed in: “bambi? you couldn’t name a disney princess at least?”

I’m A Celebrity… Get Me Out Of Here! continues at 9pm on Sunday on ITV1 and ITV Hub.