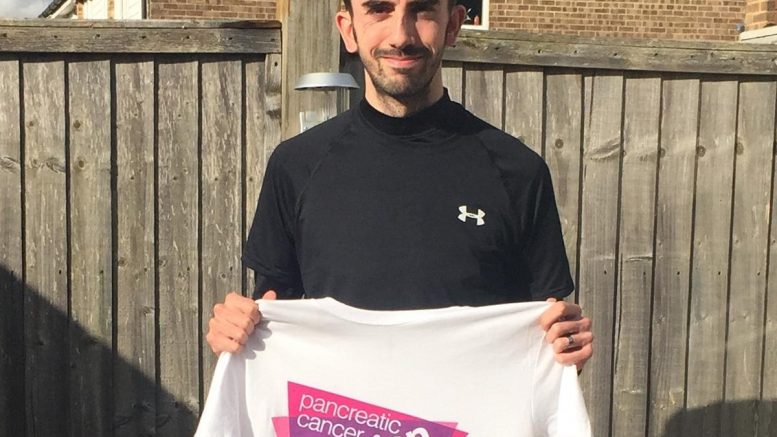 The family of a Horley woman who died just weeks after diagnosis are raising money in her memory with a 10k run.

The day after Christine Cordery died of pancreatic cancer –  known as ‘the silent killer’ – her children decided to do something positive and fundraise to help others fight the disease.

Team Christine, made up of nine family members and their partners, will run the BUPA London 10K on May 25 for Pancreatic Cancer Action.

Son Stefan Cordery-Planck, 30, a marketing manager from Horley, said: “It was completely unexpected – a complete shock. Losing anyone to cancer is a tragic experience but losing someone so soon has been very difficult to deal with.”

Preparing for the run is helping Mr Cordery-Planck cope with what has happened.

He said: “Having a purpose really helps. When the rain is hammering down it has helped me to get up and put my trainers on.”

A blog Mr Cordery-Planck set up to chart the highs and lows of their training and fundraising efforts to inspire friends and family has taken off.

Race day will be the first time the team will all run together. Mr Cordery-Planck will be joined by: his wife Kelly Allen; sister Emma Cordery-Owen and her husband, Simon Owen; brother Lee Cordery and his wife Kate; and Tamsin Bryant and her boyfriend Michael Powell.

His father Ian Cordery, of Epsom, will be joining the rest of the team on the day as chief photographer.

Mr Cordery-Planck added: “Pancreatic cancer is known as a ‘silent killer’ because it produces so few symptoms until it is fairly well advanced. The charity needs help to train doctors to spot the signs early.”

View the blog and donate at 10krunformum.wordpress.com and find out about Pancreatic Cancer Action at pancreaticcanceraction.org