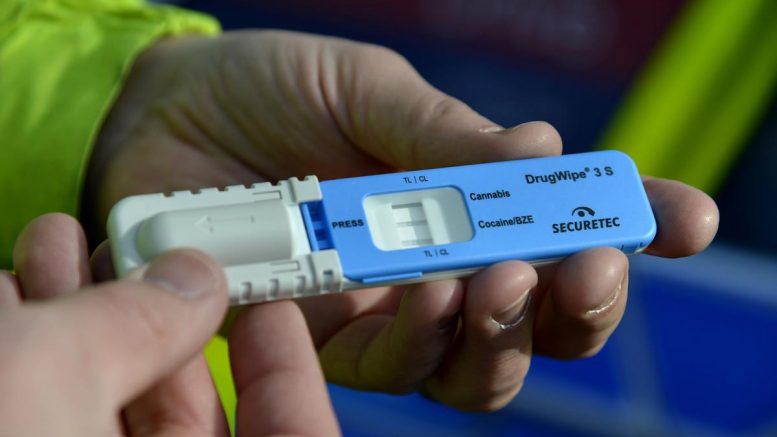 Surrey Police has made its first arrest using a new roadside drug testing kit which allows officers to detect cannabis or cocaine use in minutes.

The arrest was made at 11pm on Monday 9th March when officers from the Roads Policing Unit were on patrol in the Egham area.

The 21-year-old from Southhall, Middlesex was arrested on suspicion of driving a vehicle while unfit and with possession of a Class B drug.

The kit was introduced on March 2nd to coincide with the change in legislation which sets legal limits with how much of a substance motorists can have in their system while driving.

By using a swab from inside a driver’s mouth, in less than 10 minutes the DrugWipe device will show whether a motorist has cocaine or cannabis in their body.

Police carried out this routine in Priest Hill on the motorist, who has been released on bail until April 27th.

Inspector Dave Vale of the joint Surrey and Sussex Roads Policing Unit, said: “The public can be rest assured that we take drug driving extremely seriously.

“We would encourage anyone who has suspicions about another driver to contact us immediately.”