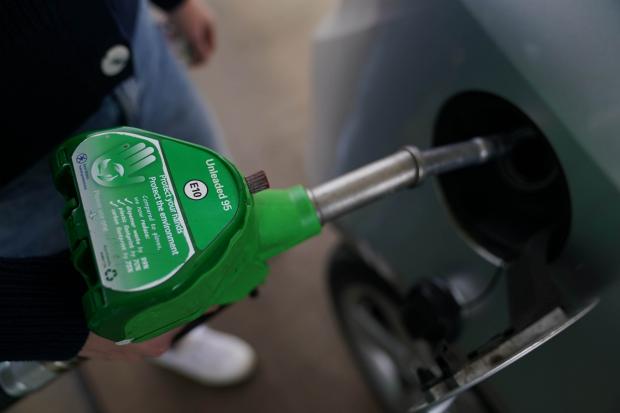 This led to many questions being raised for motorists regarding what E10 petrol actually is and how it affects those with older cars.

The car leasing company LeaseCar.uk has simplified what this change will mean for motorists, along with what action they can take if their car is not compatible with the new petrol grade standard.

A spokesperson from LeaseCar.uk said: “Drivers should be aware of this change and what it means, but sometimes we get given so much information that it actually confuses us further. That’s why we wanted to break down in the simplest of terms what this change to E10 petrol actually means.

“It’s important to get one thing clear, if you own a diesel vehicle you won’t have to worry about this. E5 and E10 are types of petrol so this won’t affect your car.

“In the long run it is much better for our environment and a lot of countries have already made that switch like Germany and France.”

What is the difference between E5 and E10 petrol?

The current petrol grade is E5 which is made up of 95% regular unleaded petrol and 5 per cent renewable ethanol (hence the name).

Taking this into account the E10 petrol ups the renewable ethanol percentage to 10 per cent so that the Government can cut carbon dioxide emissions.

What do you do if your car is too old for E10 petrol?

Cars which are manufactured from 2011 onwards will be able to take the new E10 petrol grade.

Tim Alcock from LeaseCar.uk says: “If you’re unsure whether or not your car is compatible, the government has created a section on their website where you can check if E10 is suitable for your car.”

Cars manufactured will be able to use E5 petrol at most petrol stations by purchasing the ‘super’ grade petrol which will be more expensive.

Tim adds: “If your car is not compatible, there will still be E5 petrol available to use, it will just be more expensive.”

What happens if you fill your car with the wrong kind of petrol?

Drivers should take care when filling up their cars, but there isn’t too much of a worry if you do put E10 into your car which is only compatible with E5.

Tim says: “Just wait until there is room to add more petrol in and fill it with the correct one.

“This isn’t as bad as filling a petrol car with diesel, you won’t have to get the car drained out but you should still take care and pay attention to what you are filling your car up with because it can cause long term damage.”