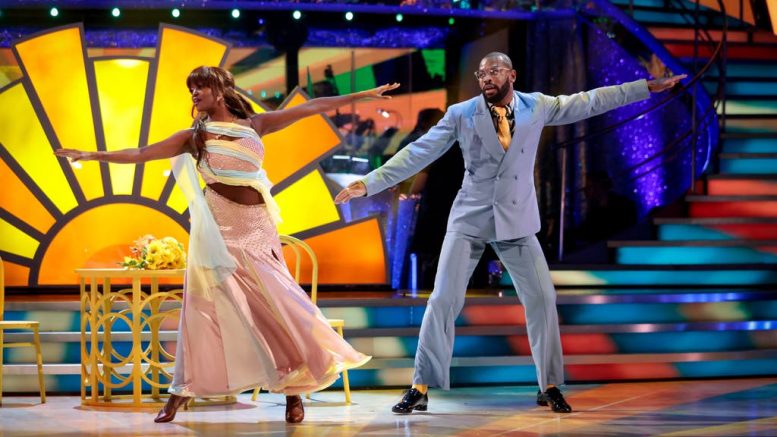 A second Strictly Come Dancing contestant has temporarily dropped out of the BBC show, the day after Robert Webb pulled out for health issues.

Retired rugby union star Ugo Monye has announced he has temporarily has to drop out of the contest.

Monye said he will need to stay ff the dance floor for a week in order to recover from an injury.

His dancing partner Oti Mabuse will also be absent from this weekend’s show.

The news comes less than 24 hours after Robert Webb was forced to drop out of the show.

The comedian and his professional dancing partner will no longer be taking part in the BBC show due to his ill health, according to a statement.

Speaking previously, Webb had said his health problems motivated him to take part in the show however he said he had “bitten off way more than I could chew” having had open heart surgery just two years ago.

On Twitter Ugo told fans that he had been “advised by medical professionals” to rest.

He cited “back problems” as the reason for pulling out of Saturday’s show.

He said: “Unfortunately I’m not going to be able to dance this weekend on the show.

“I have a history of back problems which has always been managed under the guidance of medical professionals. Unfortunately this has been causing me some unwanted problems this week!

“I have been advised by medical professionals and with huge support from Strictly to get some treatment & rest to ensure that I can get myself back to full capacity and fighting fit for next week.”

Ugu said he was “gutted” to have to miss this week’s show and added: “Wishing all the other contestants the best of luck & will be cheering them on from home.”