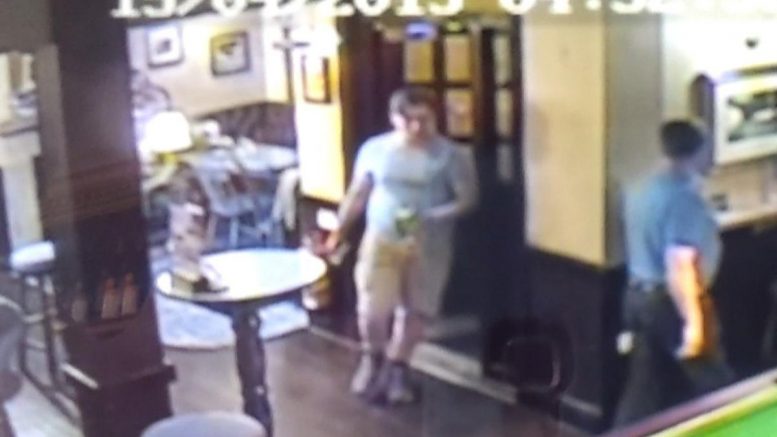 A man needed plastic surgery for a facial injury after being set upon by three men outside a pub.

The victim was watching a Champions League football match at the Old Chestnut pub, Station Approach East in Earlswood when he left the venue to have a cigarette in the smoking area.

He had a brief conversation with a man who later set upon him with the help of two other men.

The trio punched and kicked the victim to the ground. They then ran off.

The victim left the venue without contacting police but later took himself to the East Surrey Hospital in Redhill for a split lip which will require plastic surgery.

Officers are now investigating the assault and have released pictures of the men they want to speak with.

The second of the men is described as white, around 5ft 10” tall and approximately 35years old. He has a slim build with mousey/dark short hair and was wearing a blue T-shirt.

The third suspect is also white, around 5ft 10” tall, stocky build and between 15-16 years old. He was wearing shorts, a T shirt and trainers.

DC Hannah Millyard, of Surrey Police, who is leading the investigation said: “This appears to be an unprovoked attack on someone who was simply enjoying a night out and this level of violence has no place in our community.

“We need to find these three individuals who we believe are local to the area and are asking the Earlswood community for help.

“If you recognise the men or have any information please do the right thing and come forward so we can further our investigation.

“If you don’t want to speak to us directly you can call Crimestoppers anonymously with the information on 0800 555 111.”

Anyone with information is asked to call Surrey Police on 101 quoting reference 45150030545 or by using the online reporting system at https://my.surrey.police.uk/splonlinereportingweb