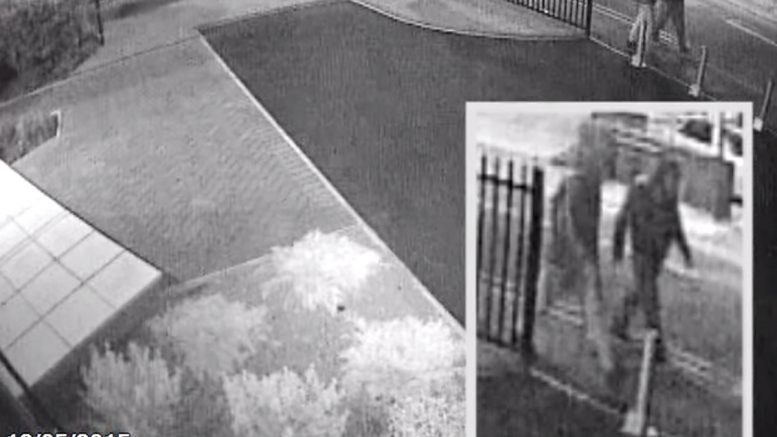 Surrey Police is re-appealing for witnesses with newly available CCTV images relating to an arson at a community hall in Horley.

Strawson Hall in Albert Road was deliberately set on fire just before 1am on Monday 18 May.

The images show a man walking along Albert Road from the A23 Brighton Road carrying what appears to be a container.

After the building is set fire to the man then leaves the area heading out of Albert Road in the direction of the A23. The man then crosses the A23 into Southland Avenue where he disappears from view.

Investigating officer Detective Constable Gill De’Voreaux from Reigate CID said: “What these images tell us for sure is that the suspect came to the area from A23 end of Albert Road and then left in the same direction crossing over it into Southland Avenue.

“What we need is anybody who used any of those roads that night to come forward no matter how insignificant you might think any detail you have is.

“The images show that there were two people that entered the road two minutes before the suspect arrived, if you are either of those people I’d ask that you come forward with anything you may have seen.

“Equally if you saw anybody carrying a container like the one in the image, either getting into a vehicle, or entering a building or property elsewhere in the area get in touch with us immediately.”

Anyone with any information should call Surrey Police on 101 or report it online at https://my.surrey.police.uk/splonlinereportingweb quoting the reference number 45150041114.

Alternatively you can contact the independent charity Crimestoppers anonymously on 0800 555 111.