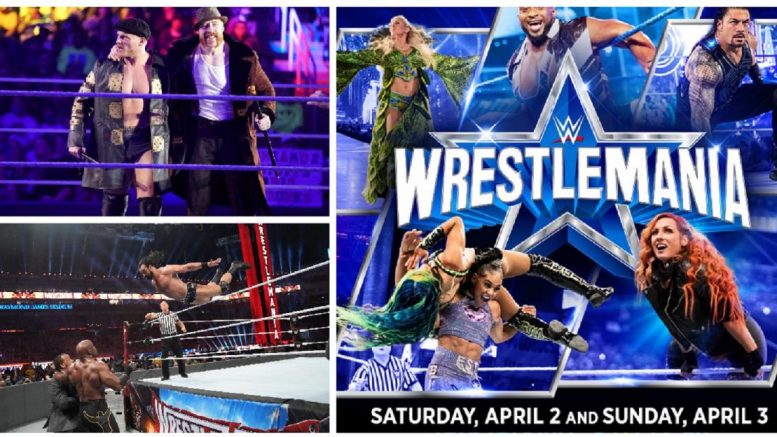 The biggest annual event in wrestling takes place this weekend and this year it’s stupendous.

WrestleMania, World Wrestling Entertainment’s (WWE’s) showpiece spectacular will be held over two separate nights at AT&T Stadium in Dallas, Texas, set to be in front of a combined crowd of more than 100,000.

Here’s a look at what matches are taking place at WrestleMania 38 and how you can watch it:

The matches – Night One

Night one of WrestleMania action, held this Saturday night (USA time), will be headlined not by a match but an in-ring chat show/confrontation.

WWE Legend Stone Cold Steve Austin, the most popular figure in the company in the late 1990s, will return to confront current superstar Kevin Owens.

But then big question is; will we see a ‘Stone Cold Stunner? We all hope so.

Headed to Dallas, TX for #wrestlemania 38. Bringing One Last Can of Whoop Ass. See u there @FightOwensFight. And that’s the bottom line. RT @WWE: OH HELL YEAH!@SteveAustinBSR has accepted @FightOwensFight‘s #WrestleMania 38 invitation! pic.twitter.com/pzAZXiiMYV

Other in-ring matches on night one see the Raw women’s championship up for grabs as Becky Lynch takes on Bianca Belair.

There are plenty of tag team matches. Ridge Holland, who is originally from Liversedge near Bradford, teams up with Sheamus to face Kofi Kingston and Xavier Woods.

Social media star, Logan Paul will be in action in the ring, teaming up with The Miz to face Rey Mysterio and his son Dominik.

In Smackdown tag titles will be on the line when champions, The Usos (Jey Uso and Jimmy Uso), face Shinsuke Nakamura and Rick Boogs.

MTV Jackass star, Johnny Knoxville will battle in an anything goes match with Sammy Zayn.

A fatal four-way match for the women’s tag team titles sees Queen Zelina and Carmella (c) vs. Sasha Banks and Naomi vs. Rhea Ripley and Liv Morgan vs. Natalya and Shayna Baszler.

How you can watch it?

Each night’s action starts at 1am UK time this Sunday and Monday morning, with BT Sport Box Office is set to show the two-night event priced at £19.95.

It will also be available on the WWE Network, which is priced at £9.99 per month for subscribers.

You can find out more information and buy access to the WrestleMania action via the BT website here.